And just like that, another month has passed. Braden has accomplished so much in just these last 4 weeks. About 3 weeks ago, Braden started to learn to sit on his own. He started out by putting his hands down in front of him…the traditional tripod pose. I wasn’t expecting him to be able to do that so early, but there he was, learning to sit on his own. Every now and then I would sit him down so he could practice his sitting. But I didn’t think much of it because I thought sitting wasn’t supposed to happen for at least another month. 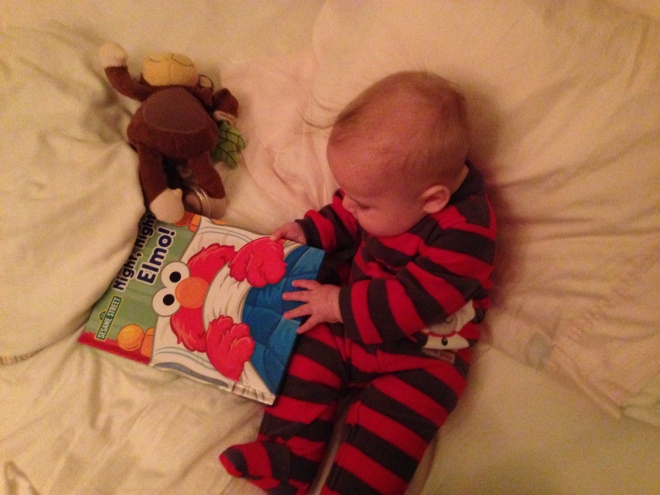 It wasn’t until we went to our first Gymboree class, that I realized how well he sits – all by himself! He is such a champ at Gymboree. The teacher always exclaims about how well he sits up, grabs for objects and his ability to hold onto things. He is so aware of his surroundings. Curious about the people around him. He loves to look at older kids doing things he can’t do yet. You can see him trying to figure out how he can get from one place to the other. He doesn’t know how to crawl, but you can see his mind wondering why he can’t do that yet. I won’t be surprised if he starts to crawl early, he just wants to move!

He’s finally found an adoration for his papa (my dad). It’s the cutest thing I’ve ever seen. He truly recognizes him when he walks into a room, and always gives him the biggest smile. My dad is the only one that can get him to just chill next to him on the couch. I don’t know how he does it. Braden thinks I am a jungle gym. Always wanting to crawl all over me, pull my hair, grab my nose and eat my cheek. But not with papa. Braden nestles into papa’s side, holding on tightly to papa’s finger. I’ll go away for an hour and when I come back, he’ll be in the same place, super content, chewing on a toy. I wish I knew my dad’s technique. 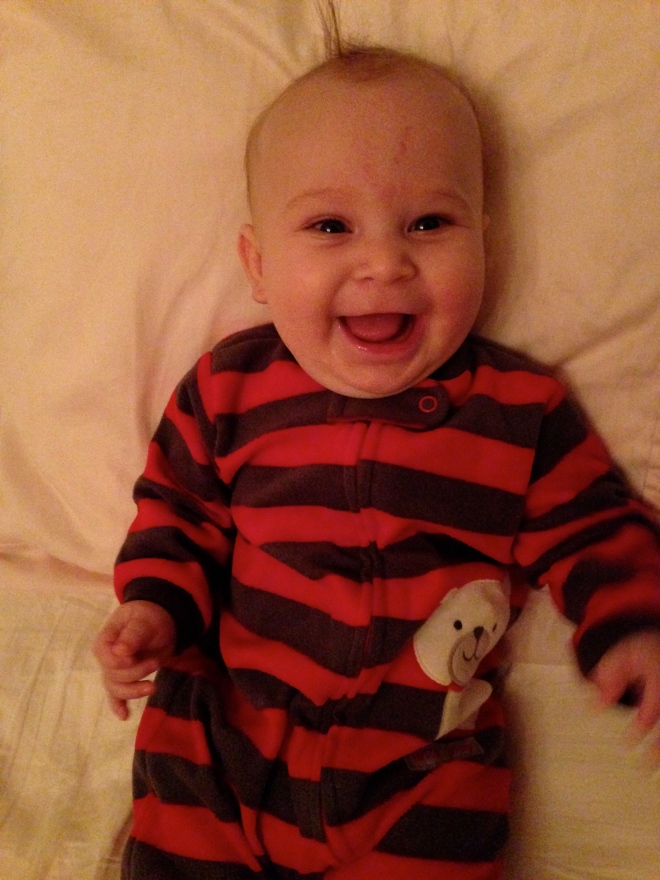 Braden got his first postcard in the mail. I know it may seem insignificant. But it was the first time it really registered to me that he is an actual person. A member of society. It truly was addressed to him, from one of his teachers at Gymboree. It wasn’t addressed to me, talking about Braden. It was a little letter to him, about him. I have it placed in his room atop his dresser. I love to look at it when I pass by.

I’m such a sucker for a really great photo. And Braden’s 5 month picture was no exception. I had it all planned out. Which was my first mistake. The shoot only lasted 5 minutes. Braden’s little hands got ahold of the balloon strings, and within seconds the balloons whisked into the air. I laughingly jumped, trying to catch the balloons. But no, it was too late…and away they went into the air. I looked down at my little Braden and there he sat with the cornucopia and a headband of paper feathers, giggling away at me.

Braden still only rolls from back to front. He’s moved on from rolling and tries to sit up. If I lay him down on his back, he lifts his head up trying to sit up. I like to gently push his forehead back down and tell him he’s not old enough to do that yet. However, sometimes he gets a good momentum going and pushes up on one arm. I don’t know how he does it. His strength is bizarre!

Solid foods are a mere few weeks away. I am nervous, excited, terrified, overjoyed, and horrified! I’ve never seen a baby so interested in food. He reaches for it, mimics me chewing and watches my food go from plate – to fork – to mouth. I always said I wouldn’t give him food until 6 months, but he’s ready. So I must let my little baby Braden grow up just a little bit more.

I’m looking forward to sleeping through the night. But for now I try to be patient and realize this is just a short amount of time in his life. One day he won’t need me to rock him to sleep, or look for me in the middle of the night. As much as I would love for a solid 10-12 hours of sleep, I’m learning to just enjoy each moment. It’s hard to not push for him to learn and grow. But I think it’s important to sit in this moment. To stay present in this time. It will only happen once, and I want to embrace the good, the bad, and even the ugly. 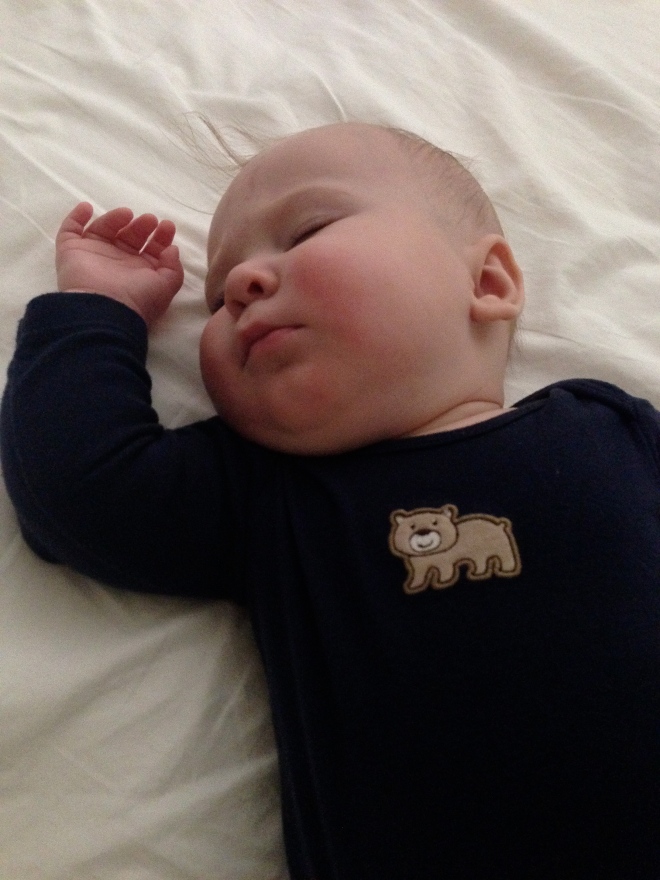 One thought on “5 months of milestones”

A Blog For Film Lovers
Building The Love Shack

The health & wellness resource for our region.