I made sure to buy Braden a bouncer he could sit in to entertain himself. The little monkey seat was a bit overwhelming for him at first. He wouldn’t last too long in it. His newborn eyes couldn’t process the bright colors and large innate objects. Fortunately, my cousin gave me a different bouncer. It was a lot more simple, and I thought…well he won’t really care for this. I decided to keep it downstairs, and the monkey one upstairs. To my surprise Braden was absolutely thrilled with the much less enthusiastic looking seat. Every time I would set him down, he would rejoice with a huge grin and would-be giggles. It warmed my heart to see him so happy. Quickly he realized the more he kicked his legs, the more the crazy animals would jump about. The three little animals became his “friends”. An elephant. A zebra. A crocodile. Fred. George. Bob. Yes, they had names.

But, as babies tend to do… Braden grew. Not only has he almost grown out of the seat altogether, he is no longer entertained by the wee three friends. He has since grown on to something bigger and better (of which I need to figure out what that is). Every morning I still try to see if he’ll recognize his friends with delight. But no. At 13 weeks and the “4th trimester” coming to a close, he is ready to explore the world a little bit more.

Here are some pictures of Fred, George and Bob. And a not so thrilled Braden… 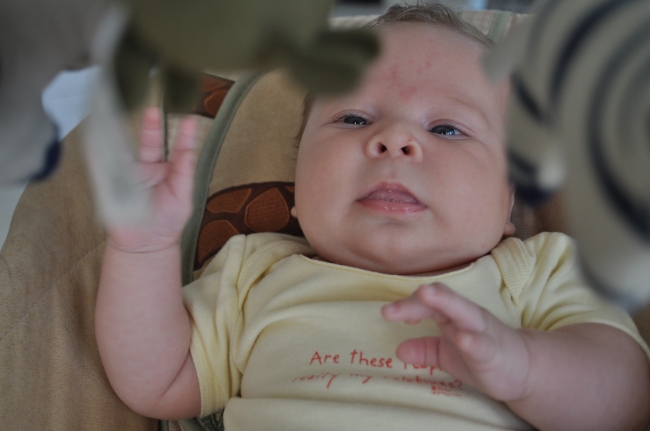 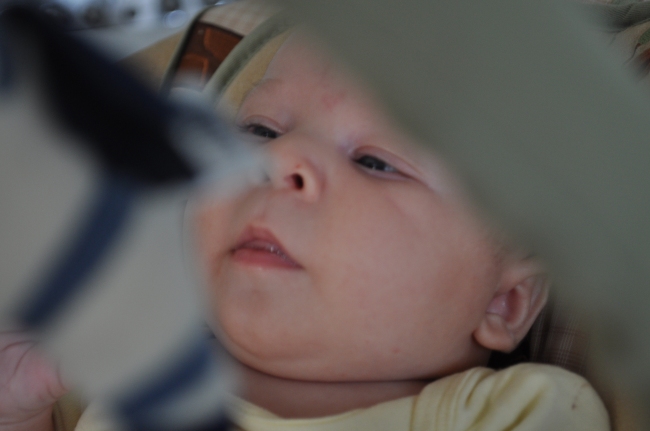 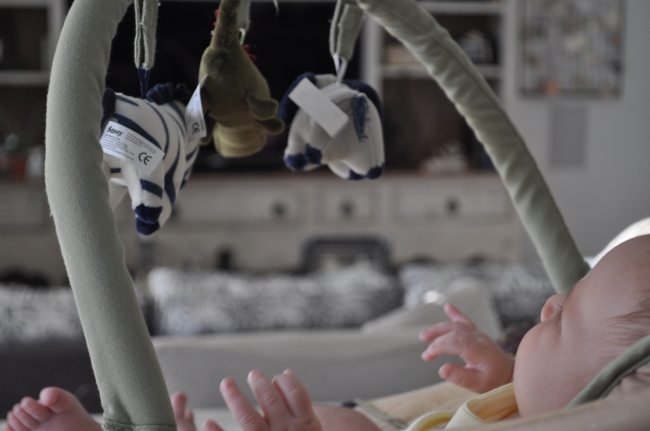 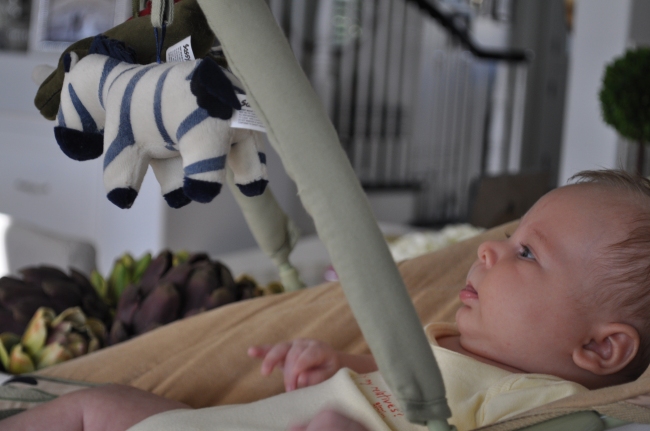 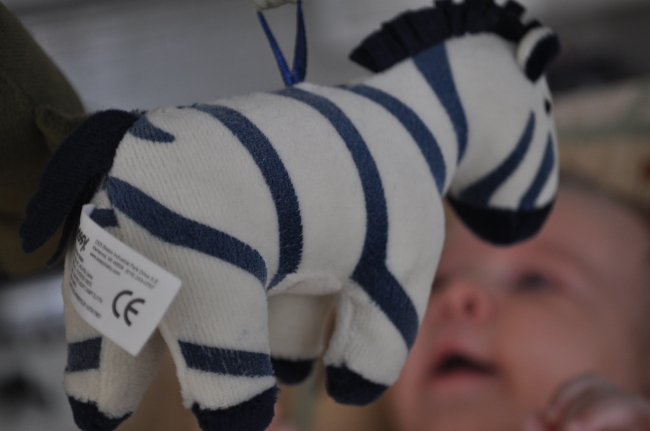 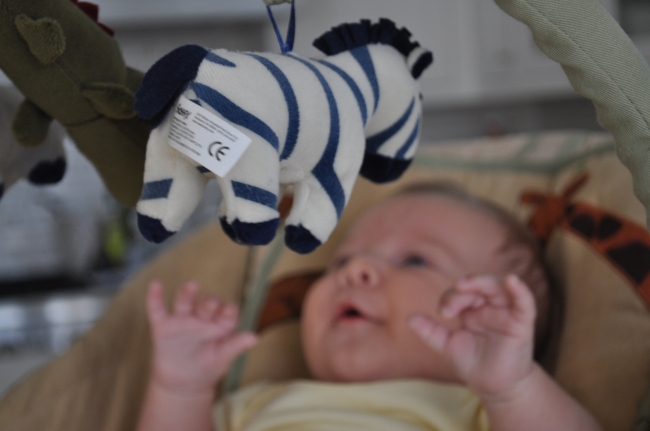